The Productivity Institute, funded by the Economic and Social Research Council (ESRC), brings together world-leading experts from a range of disciplines and backgrounds, working directly with policymakers and businesses to better understand, measure, and enable improvements in productivity across the whole of the UK, with the aim to improve living standard and well-being.

The Institute will support a step-change in the quality and quantity of research available in the UK that will directly inform government policies and business strategies to improve productivity.

Alliance Manchester Business School was chosen as the Institute’s headquarters because of its outstanding facilities to support the Institute, the interdisciplinary nature of the School’s research programme, and a well-developed regional eco-system of business, government and the education system which can be tapped into. 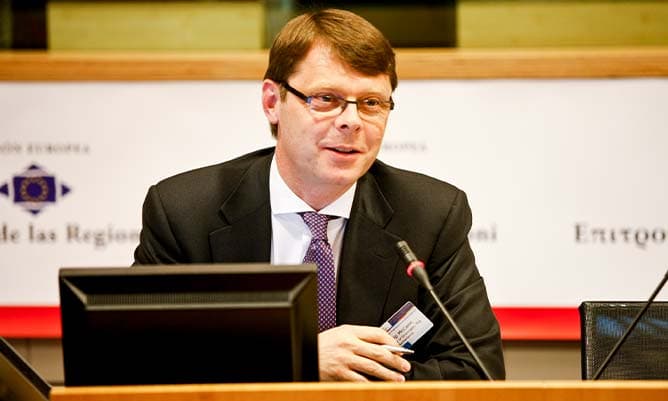 One of the most highly cited regional economists globally, Professor Philip McCann, has been appointed Chair of Urban and Regional Economics at Alliance Manchester Business School. >> 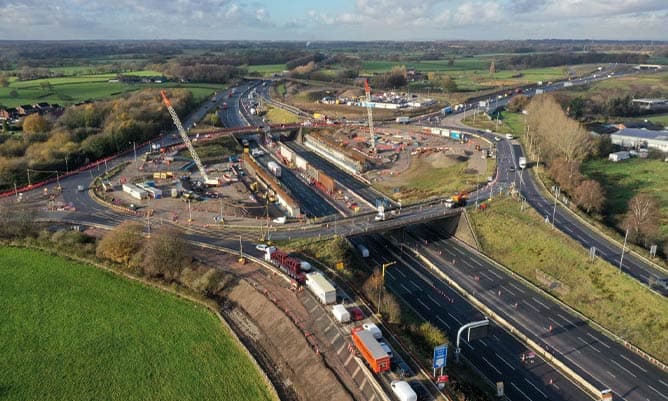 Business leaders in the North West are championing plans from productivity experts to accelerate the levelling up agenda in the region. >> 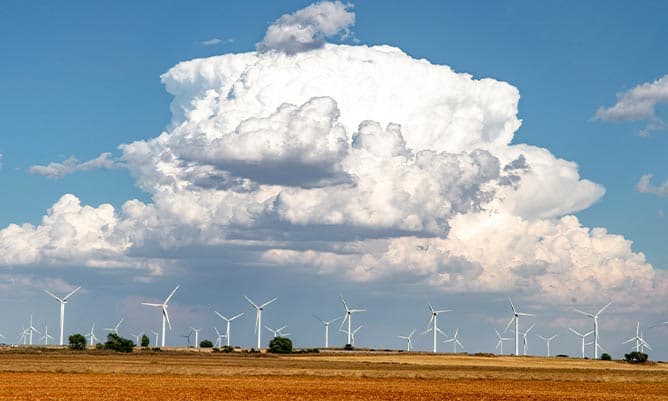 Can greening the economy drive productivity?

To coincide with the ongoing COP-26 conference, we are showcasing the video sessions involving all AMBS academics at the Manchester Festival of Climate Action, organised by The University of Manchester. In this third film Bart van Ark, Professor of Productivity Studies, and Dr Elvira Uyarra, Professor of Innovation Studies, discussed whether greening the economy can drive productivity. >> 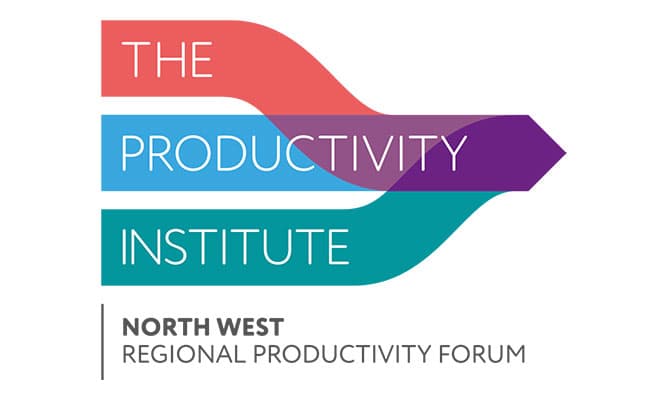 The Productivity Institute's Regional Forums will work to better understand and address the region's issues of productivity and improve the UK’s overall performance. >> 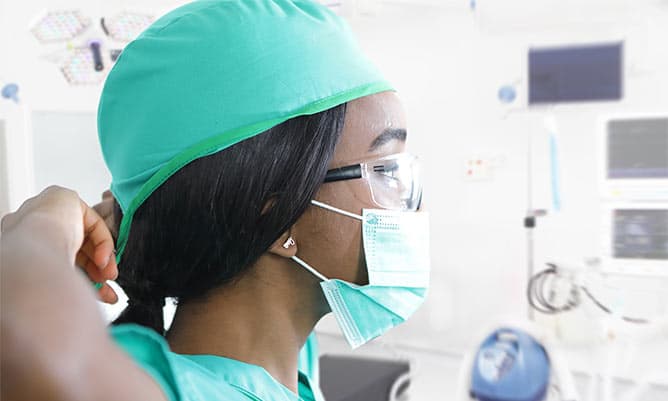 Productivity in UK healthcare during and after the Covid-19 pandemic

This working paper from The Productivity Institute identifies the measurement methods applied to public services that explain the measured decline, and also explore the likely impact of changes in hospital practices during the pandemic, including increased use of technology, on healthcare productivity. >>

We are building our work through eight main themes:

The low productivity levels of some regions or areas of the UK, and the consequent disparities in income and broader well-being, are widely documented. We research how the differences between leading and lagging places have evolved and what are the feedback mechanisms embedding them, while we also look at how these relate to the provision of public services, health and educational outcomes. Our research investigates the reasons for the mixed performance of these interventions, comparing them with international practices.

Coming decades will see major transitions as the UK adopts new technologies and responds to climate change. These transitions will require transformative change in (digital and low-carbon) technologies, business models, skills needs, infrastructure, policies and markets (Geels, 2019). What are the future productivity opportunities from digital technology and green growth and how can investments and skills be shaped to make the most of the complementarities between them (Acquier et al., 2017)? And what are the main distributional impacts on productivity across regions, sectors, and firms, and how can those be managed?

While there is a vast amount of human capital research on the value of qualifications, we know far less about which skills and abilities - particularly psychological and social - are important for productivity and wellbeing, and how and where they can best be developed and deployed in a rapidly-changing digital economy. Our research will explore these issues in depth.

Stagnant long-term productivity growth in UK firms has been linked - alongside other factors - to failures in technology diffusion, low levels of investment, short-termism, an inclination towards more incremental innovation and a general decline in business dynamism. Brexit and the impact of Covid-19 on the survival and strength of UK businesses may undermine investment, innovation and future productivity growth. Longer-term, UK businesses face other challenges – e.g. digitisation and the transition towards net zero – which may either exacerbate or help address the productivity challenge. Our research will examine how COVID-19 is impacting on firms across the productivity distribution, explore how firms are tackling the digital and net zero transitions, and how they can be incentivised to upgrade productivity.

There are large gaps in the understanding and measurement of knowledge capital. Our research explores the definition, measurement, and valuation of components of knowledge capital, as well as the interactions between intangible assets and organisational, human and social capital. What is the role of the state and universities in innovation? And how is innovation affected by market structure and participation in global supply chains?

A long run and international perspective is essential for understanding the extent of the problem faced by the UK. And many of the UK productivity issues reflect economy-wide failures. Stagnant real wages and living standards for many are associated with slow productivity growth. Possible contributory factors include increased use of migrant labour in a relatively deregulated labour market; retrenchment and reform in the banking system and its consequences for firms’ access to finance; and public sector retrenchment and its impact on both public and private sector investment as well as regular disruptions in demand that may have acted to impede long run planning. The role of the monetary-fiscal settlement is key.

This theme addresses the multiple weaknesses of UK governance of industrial policy that have previously been identified by researchers in the field. Namely over-centralisation, top-downism, short-termism linked to the electoral cycle, silos and the absence of effective joined-up government, to name just a few. Working closely with policymakers and stakeholders at national and local levels, we undertake primary research into why UK policy institutions generally fail to act in a coherent, coordinated and long-term manner.

The rising importance of the intangible capitals and globally integrated production structures have led to new modes of value creation. This challenges traditional empirical approaches for unravelling the sources of growth and its distribution, and demands new data and methods. In this theme we consider how we can develop and analyse the firm-level evidence base through data linkage and novel data sources to gain deep understanding of regional, national and firm-level productivity drivers. We also consider what new modes of value creation imply for the measurement of growth and welfare.

The Institute will establish eight Regional Productivity Forums involving stakeholders from across the country in the development and implementation of the Institute’s research agenda and practical business interventions. This will include policy makers in devolved nations and regional authorities, as well as business leaders from multinationals and SMEs. The Forums will include:

Members of the leadership team share their views on the important role that productivity will play in supporting the UK economy. 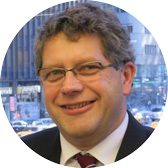 Bart van Ark is a Professor of Productivity Studies at the Alliance Manchester Business School (AMBS) at the University of Manchester. He is also Managing Director and Principal Investigator of The Productivity Institute, a UK-wide organisation which aims to lay the foundations for an era of sustained and inclusive productivity growth by bringing together academic research, policy studies and business engagement.

Van Ark is an internationally acclaimed economist in the field of international comparative productivity measurement and analysis, innovation and technology, and digital transformation, and his research has cut across the areas of economic growth, development economics, economic history and international economics and business.

From 2008 to 2020, van Ark was Chief Economist and Head of the Economy, Strategy and Finance Center at The Conference Board, a global business research think tank headquartered in New York, where he oversaw the production of widely watched economic indicators and growth forecasts around the globe. Since 2020 he has continued as Senior Advisor with The Conference Board.

Bart is also an Honorary Professor in Economics at the University of Groningen (the Netherlands), where he headed the Groningen Growth and Development Center, a research group working on long-term economic growth and productivity, from 2000 to 2008. During this period he also oversaw the EUKLEMS project, which represents the first Europe-wide effort to construct a growth and productivity database at industry level. Prior to 2000, van Ark was a lecturer in Economics at the Faculty of Economics and Business at the University of Groningen, and from 1988-1990 he was a research office at the National Institute of Economic and Social Research where he continues to serve as a research fellow.

Bart has published extensively on the topic of productivity in leading national and international journals, including the Journal of Economic Perspectives, The Brookings Papers on Economic Activity, and Economic Policy. From 2004–2008 he was managing editor of the Review of Income and Wealth. He has also been widely featured in major international business media, including Bloomberg, CNBC, Fox Business, the Financial Times, and The Wall Street Journal. 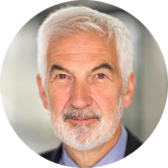 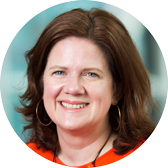 We aim to pinpoint the causes of the stagnation in UK productivity and focus energies to laying the foundations for a new era of sustained and inclusive productivity growth. This is done through a strong focus on regional engagement with stakeholders across the whole country, something which is required to address the systemic nature of UK’s productivity challenges.

Through our productivity insights and action work we aim to:

Business and political leaders on why productivity matters

Business and political leaders share their views on why productivity matters in a series of videos. 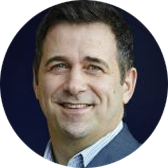 "A lot of British jobs are at the low-wage, low-productivity end of the economy." 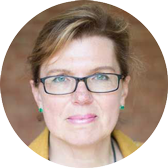 "Although productivity is a chronic issue, it has been absolutely exacerbated by COVID-19." 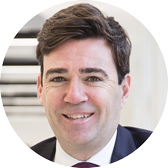 "Productivity matters because we want an economy that brings prosperity to all parts of the UK." 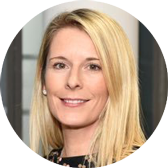 "UK businesses are quite reluctant to reduce headcount in favour of more automated solutions." 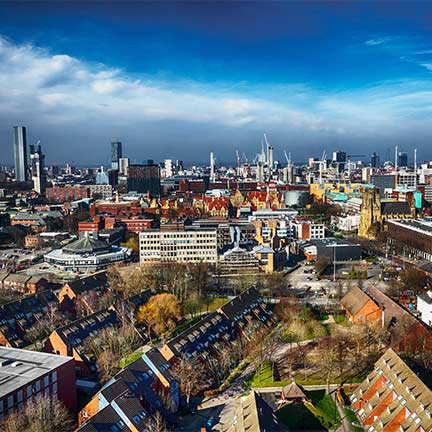 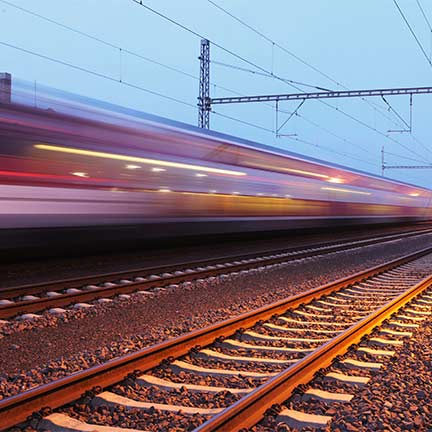 Can we ‘level up’ transport infrastructure across the UK? 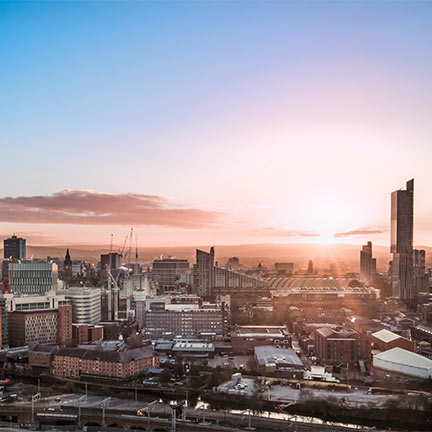 Can Greater Manchester blaze the trail with an inclusive local industrial strategy?

Take the next steps

Speak to us about our productivity research