Manchester, the original modern city, birth place of the computer and the industrial revolution, is a European business capital, and a vibrant multicultural city where students of all races and religions quickly feel at home.

We’re proud to be close to the centre of Manchester, the UK’s most popular student city.

Originally shaped by its success during the industrial revolution of the 19th century, Manchester’s strong, pioneering character endures today – only now its achievements also include shaking up the music scene, nurturing artistic creativity and hosting international sporting events.

Never content to live on past glories, Manchester is a city that looks to the future with a passion for progress – and invites you to share in its vision and vitality.

Manchester is a university that answers life’s biggest questions. It’s a city with a passion for innovation and reinvention, setting the pace in industry, sport and the arts. We offer an education that will equip you for future success and inspire you to make a difference. 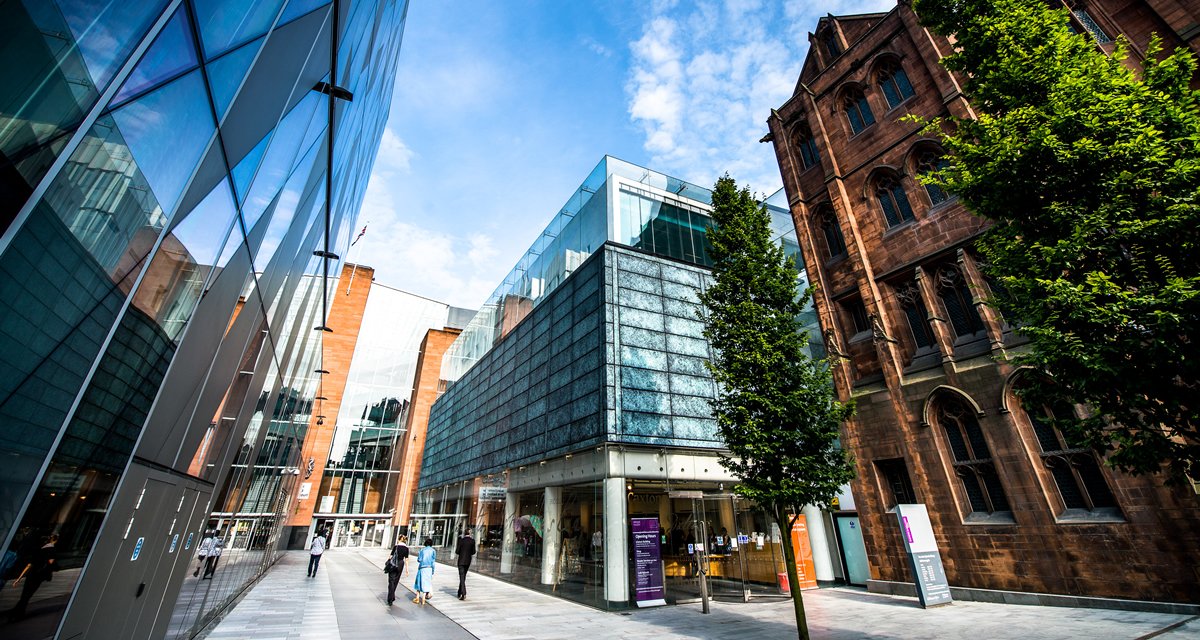 A city for business

You can be part of the fastest-growing city region outside of London. European Cities Monitor placed Manchester among the top 20 ‘best cities to locate a business today’ and Manchester is widely credited as Britain’s most creative city.

The city has a world-class transport system including buses, trams and a train network with connections throughout the UK. Manchester Airport has direct flights serving more than 200 destinations.

A city for media

Just a few miles away from the Alliance MBS campus, on the banks of Greater Manchester’s waterfront, the Quays, is one of the North West’s major destinations - MediaCityUK. MediaCityUK is a landmark creative hub home to BBC North, ITV, over 200 innovative businesses, 400 apartments, a hotel and an exciting range of bars and restaurants. From an industrial yet innovative past, to a digital-led future, Greater Manchester’s MediaCityUK is now leading the region’s resurgence as a global city.

Just over the water lie other leading attractions such as the Imperial War Museum, the Lowry Outlet mall, The Lowry theatre and galleries as well as Manchester United FC.

A city for students

Our programmes will give you the tools for life. Our campus and city, the time of your life.

Manchester is one of the most vibrant and exciting destinations in the world – a place to study, learn and enjoy yourself.

Discover more about the Manchester student experience, including culture and nightlife, sport, food and drink plus our campus facilities.

What does Manchester mean to you?

Watch our animated video to find out what it means to us.

The University of Manchester is home to around 6,000 international students from 180 countries.

The city’s attractiveness as a business destination is bolstered by highly competitive business conditions. As a result, 65 of FTSE100 companies have a presence in the city region.

We are the number 1 most targeted UK university by leading graduate employers (The Graduate Market in 2020, High Fliers Research)