The Children's Society: embedding a culture of innovation 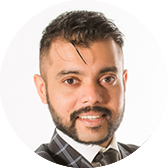 The Children’s Society recently undertook its first Not-for-Profit MBA Consultancy Project with Alliance MBS. They came to us with two key questions. Nipin Gopi, Class of 2019, explains how his team tackled the challenge.

"The Children’s Society, a large and established charity in the UK, recently adopted a five-year strategy that emphasises ‘disruptive innovation’ in order to disrupt the cycles of multiple disadvantages faced by many young people aged 10-18. As part of this, they needed to understand what organisational change was required to improve innovation in their services, and how to implement and embed an innovation culture. This was our brief for the Not-for-Profit (NFP) Project – the consultancy project we faced in our first term in Manchester.

"It was a tough brief to start with. It took a month for us to decide on our methodology and deliverables. It was the first time The Children’s Society had been a client for AMBS, so it was a new experience for us all. It took a while to get going as a team as we all come from different backgrounds: Gustavo is from Brazil, Chad is Welsh, I am Indian (but based in Dubai long term), Aiqing is from China, Jiro is from Japan and Pimolpong is Thai. So, everyone speaks a different language and works in a different way. For example, Thai people are traditionally very shy while Latin Americans like to express themselves. The Brathay team building session really helped with this; we bonded during the three days and got to know each other’s styles of working.

"A few weeks after Brathay, we got to grips with our project. The most difficult part was figuring out what our deliverables were. It’s easy for the client to say ‘Go ahead and disrupt and innovate’, but what does that mean? Disrupt and innovate in what way? Innovation has many meanings. The assessor questioned this during our interim presentation – he asked: “What is innovation according to you? Does the client agree with you?” We realised we hadn’t discussed this with the client explicitly, so we redefined our definition of innovation and ran it past the client.

"Although it took a while to decide on the actual deliverables, by the end we went above and beyond. We felt that we might not be able to ‘disrupt’ the organisation, since we only had two and a half months to deliver a project that could easily occupy six-eight months, but we went ahead and suggested something that will actually potentially disrupt the sector. In the client’s words, it was ‘transformational thinking’.

"As a relatively old organisation, The Children’s Society has its own organisational inertia. The client knew what the issues were, but they didn’t know how to tackle them. We interviewed people inside the organisation, identified the key issues and analysed innovative external companies that have undergone a transformation to collate best practices. In other words, we identified the holes, figured out how to block these holes and gave them a set of recommendations to take to the board and start implementing (basically, a roadmap for the next 1-2 years with cost implications, timelines etc).

What could we have done differently?

When we devised the questionnaire, we based it on a model that we knew worked. Innovation is a new area that hasn’t been researched a lot. We found a model that revolves around creativity and how it feeds into innovation. This model helps companies identify if they are innovative and how to transform. Looking back, it might have been better to speak to client-side stakeholders and then figure out which questionnaire to use. But we didn’t have a choice as we had so little time; we had to work fast and it was tricky to arrange meetings as the client was based in London. 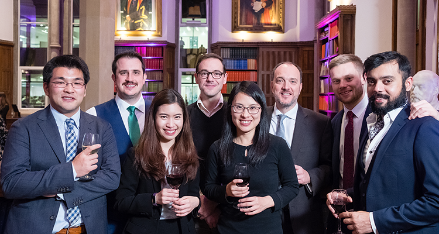 What did I learn?

"During the NFP Project, I definitely drew on what I’d learned during the Skill for Leaders sessions. For example, one speaker was a CEO of a Trust that works with a lot of third sector organisations, so her session was very useful. During the networking session, I took her number and used her as one of our external contacts, which was really helpful. All our courses so far, such as Strategy and Marketing, have touched on innovation and disruption in some capacity, so we were lucky to have a project in this area.

"What did I learn about myself? I have learned to take a step back; I’m generally someone who likes to take charge. But when you have a team that’s full of project managers, everybody wants to lead. To start with, we had friction and could foresee things going downhill. The Brathay session came at the right time, we realised what each other’s strengths were and played to them. Taking a step back and trusting each other was a big learning for me. I generally don’t trust people easily, but we learned to trust and let go at Brathay. For example, when we had drafted our report, at one point things didn’t look right so overnight I stayed up all night to try something new. I changed things around and we structured our report in a completely different way to the other teams. We had that kind of trust in each other, to trust a brainwave and go with it.

"We also learned how to run a reflective session at Brathay, and we organised a team reflective session when the project had finished. It was a two-hour session where we gave constructive feedback, positive and negative, and advised where each team member would do well in the next project or might face an issue. We also discussed what we could have done better. We were forthright and honest with each other, so that was really helpful. It was emotional to part ways by the end. We now have a monthly catch-up in the diary to reflect on the good times we shared!"

Find out more about The Manchester Full-time MBA here >>