Amid the march to digital advertising the power of traditional radio, TV, cinema, direct mail and outdoor advertising has been rather sidelined in recent years.

But a study co-authored by Professor Andrew Stark shows that there is still considerable value for companies from these more traditional forms of advertising – and not just from a marketing point of view.

Specifically, his research shows a positive link between advertising spending and firm performance for persistent advertisers and major media advertisers in general. It concludes that information on advertising expenditures serves as a positive signal about future earnings, and investors could find this information useful in revising their estimates of a firm’s valuation.

The paper examines whether major media advertising expenditures help in predicting future earnings. It considered the role of media advertising in firms’ marketing efforts and concludes that persistent advertisers are more likely to benefit from advertising activities in creating long-lived intangible assets.

Employing a sample of persistent UK advertisers over the period 1997–2013, the paper finds that advertising expenditures are significantly and positively associated with firms’ future earnings and market value.

Said Professor Stark: “Despite the recent rise in digital advertising budgets, traditional advertising media still appear to be effective in positively influencing firms’ performance. These findings have implications for marketers in providing evidence of the general value generated by firms’ advertising budgets.”

The research theme emerged out of doctoral work at Alliance MBS with two of Professor Stark’s co-authors - Syed Zulfiqar Ali Shah and Saeed Akbar – two of his former PhD students.

He stresses, however, that they were not specifically thinking about a ‘digital versus traditional’ media analysis when they started out.

As he explains: “Where we came from was a criticism that financial statements were failing to recognise many important yet intangible assets, such as those created by research and development activities and advertising spend, and that they should be included as assets in a firm's balance sheet. We suggest that if companies were to at least provide information on advertising expenditures then, likely as not, that would be useful to investors.”

Professor Stark says the study is especially relevant in the current environment which has seen a shift to the digital economy and to firms with future earnings and market valuations largely based on intangible assets.

“Our findings not only have important implications for regulators in devising future financial reporting policies with regard to advertising, but also inform investors and other stakeholders (eg analysts, researchers) seeking to understand the nature of advertising expenditures. They strengthen the arguments for expanded disclosure of advertising and other intangible assets in the financial statements of firms.”

He does though add that there are caveats. “Firstly, we only examine major media advertising expenditures. Therefore, our analyses do not capture the full extent of other advertising activities.

“Secondly, accounting standard setters would need to deliberate on a common description of what constitutes advertising costs, and also consider whether it might be useful to break advertising costs down into different elements (eg media advertising expenditures, production costs, etc.).”

He argues, however, that the results provide a useful starting point for any deliberations that UK or international accounting policy-makers might make over the issue of the disclosure of information on advertising activities.

“It would be interesting for future researchers to explore why, unlike firms in the US that are relatively more inclined to disclose advertising expenditures, firms in the UK are reluctant to voluntarily disclose such information, resulting in the absence of reliable advertising data.” 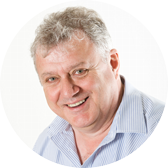 Andrew Stark is the Coutts Professor of Accounting and Finance