The work of Professor Frank Geels is being widely adopted by policymakers.

Professor Frank Geels is a chief proponent of the ‘socio-technical transition theory’, which explains how large-scale system changes in energy, food and transport come about.

His work is highly cited, and his research has generated broad interest across both the academic community and among policymakers who are interested in steering transitions to address environmental problems like climate change.

He also works closely with key policymakers across the world, and has advised the Intergovernmental Panel on Climate Change (IPCC), the OECD, Climate-KIC, the World Wildlife Fund and the European Environment Agency (EEA) among others.

Little surprise then that earlier this year Professor Geels was named as one of The University of Manchester’s researchers of the year at the Distinguished Achievement Awards. However he remains steadfastly modest about his achievements, preferring instead to talk about the wider context and importance of his work.

His current work with the IPCC, the UN body responsible for assessing the science related to climate change, is in relation to its Sixth Assessment Report which will be published in 2021.

Professor Geels is editing a chapter within a mitigation report on the social aspects of mitigation. As he explains: “My job is to assess all the literature that has been written on this subject over the past six years, look at how our knowledge has progressed, and assess the policy implications. It is an extremely rigorous review process.”

So, having constructed a framework around energy transitions, does he think the world is making these essential transitions quick enough?

He concedes there is much to do, but stresses it’s a very complex picture. “It is complex because there is no one single driver of energy transitions. For instance it is not just about technology but as much about political and cultural support too.

“Sustainability policies are traditionally framed around externalities, leading to a policy emphasis on taxes or regulations, targeting particular factories that are bad for the environment. But my work is contributing to changes in that view. Climate change and the depletion of global resources are related to how we live our lives and the associated socio-technical systems (in transport, agro-food, and energy). Policymakers and governments need to reframe the problem and attempt to change these systems.
“Where my work comes in is that I can give the bigger strategic picture about what kinds of policy mixes you need. I can help them answer the questions ‘where do we need to go?’ and ‘how are we going to get there?'”

He says one of the problems in some systems (like agro-food) is the lack of clear-cut solutions which makes it difficult to build a coalition for change. However in some systems, such as electricity or transport, the answers are more obvious.

“If you take transport then electrification is of course an obvious solution. But even here it is not just about the electrification of the vehicle, it is also about the recharging infrastructure, the regulations and – critically - consumer behaviour. Cars are embedded in our lifestyles and most of us organise our lives around them. Cars still equal success, speed and freedom, and these are as much cultural issues that need to be challenged.

“It is also a good example of how long these transitions can actually take. The automotive industry first began experimenting with electric vehicles back in the 1990s, but it is only in the last five years that we have seen things move very quickly, thanks in large part to disruptive new innovators such as Tesla.”

Professor Geels’ extensive work with the EEA is a good example of the impact and reach of his research.

The EEA has since invested in deepening its understanding of transitions research and its implications, and in 2017 appointed Geels to the EEA Scientific Committee. Its next five-yearly report (2019/20) comes out later this year and there is a whole chapter edited by Professor Geels dedicated to societal transitions. “You cannot get much more impact than an organisation basing a whole chapter of a major report around your work,” he adds. 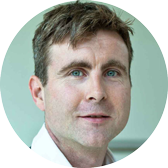 Frank Geels is a Professor of System Innovation and Sustainability