The myths of management: Fads and fiction busted 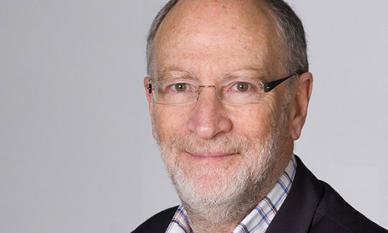 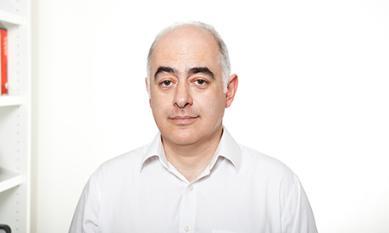 Management; the process of dealing with or controlling things or people. Throughout modern history, management – this process of ordering work or people – much like other sciences or arts, has created and garnered certain techniques, trends and myths.

Taking management seriously, however, is important. It’s important because nearly everything - from a shop opening late, or a postponed meeting, to the hiring of a new CEO or a successful football team - is down to management.

The challenges a manager faces will often test and stretch their experience, knowledge and people skills. When these tests are being aimed at a new or inexperienced manager, for instance, the individual can resort to behaviour that they think they must do.

This could be working long hours to hit a target, where putting in the hours can be necessary sometimes, achieving a balance is more important. Through feeding a workaholic culture productivity can actually decrease due to our well-being and health suffering. Studies and surveys have shown that by working unpaid overtime and trying to compensate for sluggish performance, this leads to increased levels of pressure, mistakes or poor decisions and even worse performance.

Another myth that has been doing the rounds in the business world for decades is that ‘it’s tough at the top’. Undoubtedly, managing and being in charge of a business, large company or multinational firm has its pressures such as being responsible for others’ jobs but sympathy should be with those on the receiving end.

The CEO will have all logistical issues taken care for them, they will be able to travel in comfort and stay in luxurious accommodation not to mention have individuals and teams willing to help solve their problems to improve their own reputations.

Sir Michael Marmot’s ‘Whitehall studies’ (1991) – research into the health and well-being of civil servants – found that those working at the bottom and middle of the pecking order feel the most stress and are even at most risk of suffering health problems. The higher up the organisation you go, the higher the responsibility is yes, however with this comes with more power, or influence, to change things. Marmot wrote ‘the combination of high demand and low control is what’s stressful’. It’s tough at the bottom and middle, not the top.

Those that are indeed at the top can be subject to the cliché of ‘which is more important, leadership or management?’. The truth is both are needed. Management is often seen as boring, necessary and petty whilst leadership is often viewed as dynamic and even heroic.

In the past, leadership was not viewed so positively, due to world wars and dictatorships still fresh in the memory so connotations of ‘leadership’ were something very different. However, over time this changed. The recession of the 1980’s led to ruthless and decisive ‘downsizers’ who sought to make sweeping changes to their businesses. Managers meanwhile, were seen as another unnecessary layer.  However, the dichotomy struck once more: organisations that were over-led and under-managed were deemed as chaotic.

Former President Bill Clinton said to ‘avoid false choices’. He’s right as choosing to be either a manager or a leader is a false choice. Management theorist Henry Mintzberg also said ‘the narcissistic view of leadership has taken organisations off the rails’. Leadership is undoubtedly important but workplaces are like team sports, a leader without good managers is nothing.

Lastly, another myth that has a certain business buzz-word attached to it, is ‘the boss with the best strategy wins’. Coming from the Greek, strategos, meaning a general in an army, makes us think of importance and the big, grand plan. Having a big idea is fine but it’s about the team, organisation and collective that puts it into practice. For example, a business with an average strategy that does things really well will beat a competitor with a clever strategy that it cannot execute.

“Myths of Management: What people get wrong about being the boss” is the new book by business writer and journalist Stefan Stern and Professor Sir Cary Cooper, 50th Anniversary Professor of Organisational Psychology and Health, Alliance Manchester Business School, The University of Manchester, available now on KoganPage.