Research conducted by Dr Dimitrija Kalanoski (Lecturer in International Business and Strategy, Alliance MBS) in partnership with researchers at other top international institutions, highlights global disparities in the environmental impact of Covid-19. The paper, ‘Saving the world from your couch: The heterogeneous medium-run benefits of COVID-19 lockdowns on air pollution’ finds that creating a cost to pollution through taxes or quotas is key to creating a sustainable economy.

Reliance on smart environmental policy and green technologies can help countries across the world to build back better post-Covid by simultaneously targeting heterogeneous sources of pollution, according to new research by academics at Alliance Manchester Business School, the University of Lausanne, the University of Zurich and the University of British Columbia.

Researchers examined the impact of domestic and international lockdown measures – such as large gatherings, closure of schools, shops, hospitality, regional lockdowns, curfews, and international travel – on air pollution across 162 countries and argue the results demonstrate the potential for smart environmental policies to build back better with a sustainable economy.

The results reveal that restrictions during the first wave of lockdowns in 2020 reduced air pollution worldwide by an average of 45 per cent for domestically implemented measures and 35 per cent for internationally implemented measures. In the UK, air pollution decreased by 18.75 per cent when compared to 2019. However, the global decline was not universal and some areas of the world, including parts of South America, Asia and the American Midwest, saw an uptake in air pollution based on their economic activity.

The research also considers the economic impact of lockdown measures and reveals the complexity of the economy-environment relationship. For example, while a lockdown reduces air pollution from traffic and industries such as power generation and agriculture, it also leads to an increase in pollution from domestic energy use for heating and cooking.

Dimitrija Kalanoski, Lecturer in International Business and Strategy at Alliance Manchester Business School, argues that, while a full economic shut down is neither a sustainable nor realistic way of reducing long-term air pollution due to potential GDP losses, these latest findings demonstrate how targeted policies could reduce air pollution while minimising economic losses. 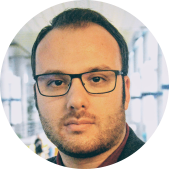 He says: “Major pandemics do not only bring great harm and suffering to humanity, they also create opportunities to innovate and drive positive change. Air pollution is one of the most severe environmental issues we are faced with today, it causes several million deaths every year and disproportionately affects poorer communities. The wave of Covid-19 lockdowns provided an unprecedented opportunity to closely study the environmental impact of reduced human activity, alongside its simultaneous impact on the economy.

“Our findings suggest that instead of regulating with a “blanket” approach, for example taxing industries that are typically heavy energy users, different governments should instead be introducing different smart regulations that create targeted incentives to encourage a shift towards cleaner production and consumption of goods and services for the areas of the economy that pollute the most, that is, have the highest potential to significantly reduce pollution. There is no one-size-fits-all approach, and we must use the lessons learned during this unprecedented period to ensure smart environmental policy design is incorporated into our plans to build back better and create a sustainable economy post-Covid.”

The research was conducted by Alliance Manchester Business School in partnership with the University of Lausanne and the University of Zurich in Switzerland, and the University of British Columbia in Canada. It is co-authored by Jean-Philippe Bonardi, Quentin Gallea, Dimitrija Kalanoski, Rafael Lalive, Raahil Madhok, Frederik Noack, Dominic Rohner, and Tommaso Sonno, and ‘Saving the world from your couch: The heterogeneous medium-run benefits of COVID-19 lockdowns on air pollution’ was first published in Environmental Research Letters in March 2021.

The paper has since been published more widely by The Conversation and I by IMD.