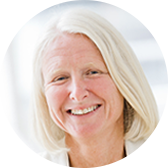 Alliance Manchester Business School’s Head Professor Fiona Devine chaired a Bank of England panel this week where she fielded questions for Governor Andrew Bailey during a live Q&A. In 2018 the Bank launched its Citizens' Panel programme giving people the chance to air views directly to senior officials about economic issues. As part of the programme it runs a number of regional panels which are used to help policymakers better understand how the economy is performing in different parts of the UK, and the Citizens’ Panel for the North West is chaired by Professor Devine.

This week’s online event brought together people from across the UK to put their questions on the economy to the Governor.

Although the session focused on the subject of price stability in the economy, the debate was inevitably dominated by the ongoing impact of the pandemic. Mr Bailey said the Bank was currently restricted from doing one of the most enjoyable things it does, namely getting out and about across the country and receiving feedback from different regions.

“Unemployment can sometimes be quite short term as people move between jobs, but it can sometimes be quite long term, and all the evidence shows that long term unemployment is difficult to deal with because it means people miss out on training opportunities and they don’t develop skills that they would do in the job, which then makes it harder to re-enter the labour market. We at the Bank will do everything we can to serve the country and prevent that sort of unemployment.”

The Governor said that while there was quite a strong recovery in consumption spending as lockdown restrictions were lifted in the summer, levels of confidence have stayed low. “Normally there is a strong relationship between the amount of money we are spending and consumer confidence. That relationship broke down over the summer. We had a recovery of spending but levels of confidence stayed low.”

At the end of the forum listeners were asked how they felt about the UK economy over the next six months. A clear majority said they were either ‘pessimistic’ (39% of listeners) or ‘very pessimistic’ (32%). Just 17% were optimistic, while 12% did not express a view either way. Added Mr Bailey: “I’m not surprised by these results because of concerns over what is going to happen next.”

The event was held on the very day that the Bank wrote to commercial lenders asking if they were prepared for negative interest rates. Specifically, the Bank is assessing the financial system’s ability to cope with negative rates, in particular from an IT perspective. Mr Bailey stressed that it was very much “an operational question” at the moment.

Another questioner asked why the Bank borrowed money rather than just printing it. Mr Bailey referred to the policy of Quantitative Easing whereby the Bank buys assets such as gilts to make markets more liquid. “We can buy assets and by doing that we are taking an asset that might be quite illiquid, sitting in someone’s investment portfolio, and we can turn it into money. We did that in March very aggressively because we realised that there was a problem in financial markets.”

Professor Devine said: “The Citizens’ Panel programme is a very important initiative and a great opportunity for the Bank to hear the views of people from across the country and to talk about topical issues. We had an excellent hour of open and frank discussion.”

*Professor Devine will also be hosting a virtual regional Citizens’ Panel exclusively for people in the North West on November 4. If you would like the opportunity to talk to the Bank about your experience of the economy you can apply to take part at this link. The session will be held on Zoom and will take place between 4-6pm.