Productivity and the pandemic 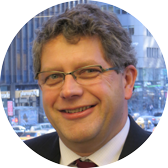 Bart van Ark assesses the long-term impacts on productivity of the COVID-19 crisis. He is an Honorary Professor at Alliance Manchester Business School and Executive Vice President and Global Chief Economist of The Conference Board.

Productivity is one of the key drivers of economic growth and is likely to be severely hit by the COVID-19 crisis. Normally, once we reach the bottom of an economic downturn productivity begins to pick up again because output tends to recover faster than companies rehire their workers. This time around, I’m not so optimistic that we will see a quick rebound in productivity.

Politicians often refer to the pandemic as a war. But while wars and pandemics both put lives at risk, a war also destroys physical capital. After a war you literally rebuild the economy through roads, bridges and new structures and that helps productivity recover.

However in a pandemic our human capital is at greatest risk. Not only does the virus affect people’s health, but the lockdown and social distancing also makes them lose their jobs and see their incomes fall. It will affect the schooling and training of the (future) workforce, and it can put undue pressure on the healthcare system to not only deal with the virus itself but also with other health issues.

You cannot rebuild human capital overnight. But if we can eventually restore it in the same way as we rebuild after a war, it would not only help the economy recover but also turn the crisis into an opportunity through driving innovation and bringing productivity back as a sustainable source of growth.

Before COVID-19 struck the world was already seeing a long-term decline in productivity which even pre-dated the last financial crisis in 2008. Many explanations have been given for the slowdown ranging from the misallocation of capital due to low interest rates creating zombie firms, to low wages and a lack of decent jobs, to the limited productivity effects of modern technologies.

Today’s crisis may certainly accentuate this long-term downward trend as we enter a deep and prolonged global recession. Future investment growth is likely to be very weak as companies fight for survival, which doesn’t help to accelerate productivity enhancing technology. And the much-touted need to bring global supply chains home may create large and negative productivity effects as these global supply chains were often created for productivity and efficiency gains in the first place.

Most European countries have launched furlough schemes to keep workers on the payroll during the crisis. These schemes help to maintain worker incomes and consumer demand, and dampen the impact of the crisis. Companies retain access to their human capital and can quickly start up again once the recovery comes.

But at the end of the day these schemes may not help productivity much. The recovery from the crisis is likely to be slow and companies may see depressed demand and weak revenues for much longer than just a few months.

Once the government bailouts end many companies may end up with more workers than needed. This will raise unemployment or create another generation of zombie firms, paying workers relatively low wages without resources to invest in innovation, productivity and growth. The silver lining might be that, as some of the most unproductive and inefficient companies go under, the laid off workers can then go and work for more productive, fast growing firms which have more room to grow in the market.

Another potential brake from the crisis on productivity growth is the increase in working from home as a result of the pandemic. On the plus side, teleworking has made everyone more aware of the opportunities for virtual work and made companies rethink remote working. Some people may continue to work remotely after the crisis and find themselves more efficient for doing so.

But most of the pre-crisis research on teleworking has not found positive productivity effects. People are often not set up to be at their most productive at home, in part because they lack a professional working environment and because their personal life becomes too much intertwined with their working life. And innovation, creativity and spontaneity – and by extension productivity – suffer when workers are not physically together.

Despite all these pulls on productivity, the crisis may in time lead to productivity gains. Firms will be forced to rethink business models, and governments will need to find ways to efficiently respond to societal needs with limited resources. While there is no silver bullet, a few things are critical to reviving productivity growth: