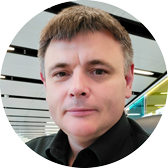 Asked about his job in the oil industry and Scott Wagstaff jokes that he is “an expensive plumber”. But his skills in creating oil wells and providing hardware for oil extraction is one that has taken him all over the world over the past 20 years.

Today he lives and works in the Middle East where he is a senior completions engineer for a national oil company, and during his career he has split his time equally between working for service companies which produce oil industry equipment, and the big operators which run oilfields.

In recent years the links between the two have grown, especially as manufacturers across the sector have been looking to build more revenue streams from specific services. This so-called ‘servitization’ of manufacturing isn’t unique to the oil industry, and is a trend that has been seen across many sectors. For instance Scott points to the automotive industry where tyre manufacturers today service and remould their products, as well as manufacturing them.

Having worked for both service companies and operators, in recent years Scott has developed a growing interest in the relationship between the two, especially as he has risen to more senior management roles within the industry.

After completing a masters in International Management in the oil and gas industry from Liverpool University in 2015, he was then keen to pursue further academic possibilities and decided to apply for a Doctor of Business Administration (DBA) to look in more depth at the servitization model across the oil industry.

He says one of the main reasons that he subsequently chose Alliance MBS to take the course was the School’s triple accreditation, as well as its world-renowned research strengths in fields such as servitization.

Scott submits his final DBA thesis in the next couple of months, but in the meantime a paper that he co-authored with his AMBS supervisors Professors Jamie Burton and Judith Zolkiewski recently appeared in the Journal of Business & Industrial Marketing.

Entitled ‘Tensions and territoriality: the dark side of servitization’, the paper explores the relationship between service companies and operators, and specifically the tensions that emerge between them during the servitization process.

As Scott explains: “The findings reveal significant differences between customers and their suppliers, and highlight territorial behaviour and the negative impact that this has on buyer supplier relationships. For instance if you take the example of a service company that has developed a new tool, then as an operator there would be no reason for you to run its operation as the service company will know the product inside out.

“This might sound simple in theory, but in practice there are actually big barriers to this happening. When it comes to servitization – or enhancing services as it tends to be called in the industry - the oil sector has been very good at talking the talk but often the reality is that the collaboration is not materialising. One of the main reasons is that when you bring an outsider into to your organisation to do a job which you might think is yours, then people can get very territorial and defensive. A whole spiral of distrust can then stall the servitization process.”

“Another important point is that this can happen even when there are strong environmental benefits to servitization such as through the development of new techniques and technologies which can bring real environmental gains.”

Scott has so enjoyed the whole experience of the DBA that in the future he would like to move into more of an academic role.

As he adds: “In terms of the demands on your time, and particularly managing the study on top of your day job, there is no doubt that you - and your family too - have to be fully committed to the DBA. For me it has been really worth it because it has changed my whole way of thinking. Critical thinking is now something that comes naturally to me and I find myself asking questions that I would never have previously asked.

“What I have done is also quite unusual in the oil industry as managers are far more likely to do a technical masters rather than one built around business thinking, so again this added perspective puts me at an advantage.

“I would also add that I have received fantastic support throughout my studies from both Jamie and Judith. They have particularly encouraged me to present papers at conferences and network, and that has brought huge benefits too.”

Professor Burton added: “Scott has made rapid progress since joining AMBS, combining the best of both his vast practitioner experience and his developing academic expertise and critical thinking approach.

“He has chosen to study for his DBA thesis via papers and this is now paying off. Scott has progressed from presenting work at some key B2B and servitization conferences, to developing a strong research pipeline in addition to his recent Tensions and territoriality paper which has furthered understanding of some of the challenges to successful servitization.

“Servitization is developing into an increasingly significant area for B2B research and it is great to see Scott contribute to a growing stream of work from AMBS in this important topic.”