Professor of International Business Timothy Devinney, who has joined us from Leeds University Business School, is not afraid to challenge orthodoxy.

Indeed if there is one strand that links together his research into fields such as social responsibility, organisational performance, company culture, or the nature of science, it is that he is always willing to take on established thinking and hypotheses.

As he says: “In science you will always, ultimately, be proved wrong. I think one of the big issues around academia today is that too often we study things simply to try and prove what we think is right is right. But the reality is this is a fool’s errand. We should be coming at this from the opposite direction. The starting point should be ‘why is my theory wrong?’

“Many academics write papers which say ‘here is my theory and here is the evidence which is consistent with my theory’. Instead we should be saying ‘here is what we think is going on, but the reality does not confirm this’. You learn much more from evidence that goes against what you think is right.”

Professor Devinney, who has worked across Australia, the US and Europe during his career, says his research has been strongly defined by its breadth but is rooted in practice. “My background is very broad, and my work generally viewed as eclectic, even at times bizarre. However, at the heart of what I do is a fundamental desire to understand the realities of the world as it operates. For me a lot of science is about the story you can tell from the models you have created and the data you have collected.”

In the area of social responsibility, he has done considerable research into consumption ethics, posing contentious questions such as whether the ethical consumer really exists and whether the choices that millennial workers make around their careers are actually any different to those of older workers. The short answers are “no” and “no”.
He has also researched the slow response of firms and individuals to tackling climate change and changing their own behaviours, arguing that people are often reluctant to take meaningful action until it affects something they notice viscerally, such as their insurance premiums, jobs, or health.

Professor Devinney sits on the editorial board of a dozen of the leading international business journals and is a fellow of a number of academic associations and organisations. His contributions are publicly recognised, such as the Academy of Management giving him the Practice Impact Award in 2018 and the Services to the Global Community award in 2019.

His research has also been supported by various funding councils, including the Australia Research Council, where he has been awarded over $11m in funding. His research, teaching and public service has also been recognised in a number of ways, with numerous best paper and teaching awards.

Meanwhile he is very excited about his move to Manchester. “This is a great fit for me. Alliance MBS has serious aspirations, as perfectly illustrated by its new building which has put down a marker of what it wants to be. I want to be somewhere with aspirations and am greatly looking forward to my new role.” 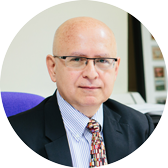 Timothy Devinney is a Professor of International Business

How does digital innovation happen, and precisely how do digital platform ecosystems evolve? These are just some of the key questions that Professor Panos Constantinides will be researching after recently joining our Management Sciences Group.

His research focuses on the transformative potential of digital technology, including digital platforms, infrastructures and Artificial Intelligence (AI). He is particularly interested in competitive dynamics and the orchestration of platform-centered ecosystems - such as Apple’s App Store, Uber, Amazon Marketplace and Facebook.

As he explains: “Typically these digital platform ecosystems are orchestrated by a platform owner or leader like Apple or Amazon, but exactly because digital innovation is complemented by various other ecosystem actors such as third-party software developers, partners, and entrepreneurs, ecosystem orchestration is a distributed process. I am very interested in how this orchestration happens and also the governance around it.”

His most recent research has been around the concept of ‘openness’ where a platform ecosystem has to open up its technological architecture and business boundaries to generate innovation and scalability. Adds Professor Constantinides: “My most recent research has been looking at what we mean by openness and precisely how it can be achieved. How exactly does a platform ecosystem open up their technological architecture in order to allow third parties to innovate, and what are the trade-offs? To take just one example, a lot of successful game developers market their games across multiple platforms. The reason is simple, because their games can grow much faster when sited on more than one platform.”

He adds that this complex web of relationships poses difficult questions when it comes to governance. “How exactly does a platform ecosystem govern open innovation, when should each actor be allowed to join – and leave – and with what access to platform resources?”

Professor Constantinides says he was particularly attracted to Alliance MBS by its existing research strengths in the fields of AI and machine learning, and by its focus on the business importance of AI. AI is a new generation of digital technologies that are increasingly being deployed in different business organisations including platform ecosystems. He is interested in the transformative potential of AI to change the way we think about digital platforms and business strategy.

As he adds: “I have in the past been involved in setting up an AI Innovation Network at a Russell Group University and establishing collaborations with industry, and I am really keen to do research that has relevance to industry. Alliance MBS has a number of academics who are specialists in the fields of machine learning and decision sciences, and that was really appealing to me because I can now link some of the areas I have been thinking about from a business perspective, helping me to extend my own ideas and research further.” 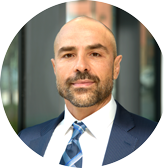 Panos Constantinides is a Professor of Digital Innovation