How do we get from here to net zero?

Academics from across Alliance Manchester Business School took part in the recent Manchester Festival of Climate Action, organised by The University of Manchester, which considered the challenges at the forefront of the climate crisis. 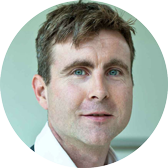 To coincide with the ongoing COP-26 conference, we are showcasing the video sessions involving all AMBS academics over the coming week. In this first film Frank Geels, Professor of System Innovation and Sustainability, discusses how we get from here to net zero.

Professor Geels' presentation discussed the importance of not only focusing on climate targets but also on the need to much better understand the process of change, stressing that low carbon transitions do not start from scratch and that transitions can typically take up to 30, 40 or even 50 years and are characterised by different phases.

As he said: "Initially you have a period of experimentation, followed by stabilisation in small market niches, followed by diffusion into mainstream markets, followed by overthrow and reconfiguration. However low carbon transitions are different to past transitions in that it is not just one single technology that needs to break through. Each system - whether electricity, mobility, or heat - has multiple innovations."

He added that one of the reasons for the success in tackling emissions from electricity, especially in a country such as the UK, has been the emergence of many radical innovations such as solar, wind and biopower, which have been diffused. By contrast in the mobility sector the number of radical innovations remains small, although the electric vehicle market does offer great hope.

During his session he also stressed the importance of policy and policy mix in tackling climate change. “Policy is not the only driver but its importance is very clear. For instance we have seen very strong policies in terms of electricity and electric vehicles which has been transformative.”

Read the Original Thinking blog written by Professor Geels where he examines the importance of public policies as to how we get from here to net zero.