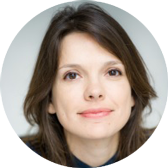 Speaking at Policy@Manchester’s event earlier in the week at the Conservative Party Conference titled ‘On the dole – will robots put us out of work?’, Dr Ribeiro also said that there is a sense of technophobia in society due to a lack of knowledge about innovation which could be alleviated by placing emphasis on educating people about the benefits that AI can bring to society.

Discussing her research on the dilemma of societal alignment for inclusive and responsible research and innovation, Dr Ribeiro said that “algorithms are social constructs, they reflect our culture and our inherent biases. There is now a problem between science, government and society in the sense that the social contract between the three has been broken.” As a result, the technophobia in society has been born out of this breakdown. She iterates that is it vital that this trust is rebuilt as we develop AI.

Fellow panellist Tom Kibasi, Director of IPPR, added that this ties in to the big challenge of AI which is inequality. He argued that existing inequalities in society could be replicated through AI and those at the lower end of the job market would be less likely to be able to respond to any threats to their employment.

Hetan Shah, CEO of Royal Statistical Society, stated that there is reason for optimism in a new AI world. "The algorithmic society is nearly here. If we actively shape it, algorithms could help make it a fairer and better society than the one we have today."

Dr Barbara Ribeiro is a postdoctoral research associate at the Manchester Institute of Innovation Research where she conducts social science research in the areas of innovation studies, science and technology studies, responsible research and innovation (RRI) and research policy with a focus on emerging biotechnologies.