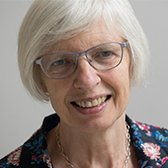 As the UK celebrates 100 years from when women first gained the right to vote, Professor Jill Rubery, Director of Alliance Manchester Business School’s Work and Equalities Institute, shares her thoughts.

We know from these first 90 years that equal rights to vote is not sufficient on its own to either eliminate gender inequality in the wider society or to achieve gender equality in the political sphere.

Austerity policies have been imposed by government without reference to their more significant impacts on women, who are most reliant on the use of public services and constitute the majority of those employed to provide public services.

The Fawcett Society’s efforts to bring a judicial review of the austerity budgets ultimately failed despite the court recognising that an equality impact assessment should have been undertaken. Women appear not to have been able to hold the government to account despite their right to vote.

So, what in fact are we therefore celebrating? First of all, we are celebrating the women – and some men - who fought for these changes.

Secondly, we are celebrating the fact that women can vote out a government and vote in an alternative. This possibility may not have prevented austerity and other gender unequal policies but every now and then political parties do become concerned about the loss of women’s votes and modify their policies accordingly - austerity first of all cut back on Labour’s childcare provision but by the 2015 election the main parties were competing on the basis of which would guarantee the longest hours of free childcare for three-year-olds.

Thirdly, without voting rights, women would be less likely to have independent citizenship rights, including rights to own and control income and property, to have equal rights over their children or even to control their own bodies.

But even with voting rights, these are not all guaranteed. For example, women have more limited opportunities to choose to marry someone from outside the EU because their earnings are much more likely than men’s to be considered too low to support a visa for their chosen spouse. But without voting rights, the chance of overturning this exclusion is much less likely – we have still to live in hope and use our votes to achieve real equality.”