Earlier this year the quality and scale of The University of Manchester’s impact against the SDGs was ranked first in Europe in the 2019 Times Higher Education University Impact rankings. Here we detail just four examples of research currently being undertaken at Alliance MBS.

The Human Development Report for Greater Manchester researched inequalities by gender, ethnicity, social class and locality across the city’s ten boroughs. It was seen as a first step towards mapping and understanding the factors that shape human development at the city region level.

It specifically looked at the experiences of Greater Manchester residents throughout their lives, an approach which allows researchers to highlight some of the critical human development issues at different life stages.

Lead author Professor Jill Rubery, Director of the Work and Equalities Institute, explains: “Viewing human development through the life course perspective illuminates these challenges as the chances available to individuals at key life stages, and the support they receive from the social and economic environment to make transitions, have long-term consequences.”

The report showed that in all cases the human development indices for Greater Manchester - calculated for working age adults and for six key life stages - are below the national benchmark. 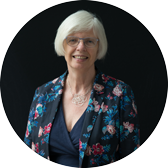 New rights allowing UK parents to share leave following the birth or adoption of their child came into effect in 2015. But take-up of Shared Parental Leave (SPL) has been very poor since the legislation was introduced.

Our Work and Equalities Institute has conducted interviews with parents about their experiences of SPL and worked with the charity Working Families and the Fatherhood Institute to create video case studies and resources relating to SPL that employers and employees can access, research which has informed a key part of the government’s wider SPL campaign.

Dr Emma Banister, Senior Lecturer in Consumer Research, has been spearheading our research around SPL. She said: “As a recent report showed, despite widespread belief that men should be as involved as women in all aspects of childcare, they are both still largely playing traditional gender roles when looking after children. Yet the research found that men under age 35 are significantly more likely to wish to take a more active role in caring for their children than previous generations of fathers.” 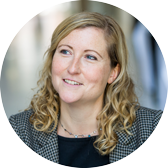 Emma Banister is a Senior Lecturer in Consumer Research

Founded in 2016, the  is focused on improving workplace well-being in the UK and globally. It aims to inspire organisations and their leaders to challenge the thinking of what healthy, high performing employees can bring to an organisation and to the productivity of the nation.

The forum was the brainchild of Sir Cary Cooper, 50th Anniversary Professor of Organisational Psychology and Health, and was borne out of conversations he had with HR directors and chief medical officers during his research into well-being issues.

As he explains: “Time and again they kept telling that there was an urgent need for a national body to look at all these issues and what our forum is seeking to do is change company culture from the bottom up.”

Sir Cary says the wider backdrop is that levels of stress continue to soar among employees, while another big driver behind the forum is talent retention. “Companies come to me and say ‘we cannot afford to lose key people’. They want to know how they can create the right culture so that people stay fit and healthy within their business. So this is also about bottom line.” 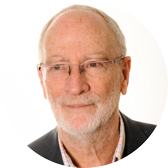 Our Sustainable Consumption Institute (SCI) explores how adjusting consumption and production systems can bring about less resource-intensive ways of life. Our research allows us to better understand human needs, values and practices while exploring sustainable approaches to production, supply and distribution of goods and services.

Frank Boons, Director of the SCI and Professor of Innovation and Sustainability, was also recently appointed to a government-led Systems Research Programme which will look at some of the UK’s most pressing environmental issues.

The Department for Environment, Food, and Rural Affairs (Defra) has appointed six senior academic fellows from universities across the UK to focus on five key areas: rural land use, food, air quality, marine, and resources and waste.

Professor Boons, who is heading up the latter area on waste and resources systems, said: “This is a unique opportunity for the SCI, Alliance MBS and the University to work with Defra to bring in our academic evidence in a way that makes a real impact and brings it into the heart of policymaking.” 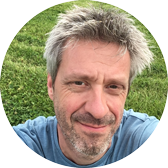