This Wednesday, 27 October, Chancellor Rishi Sunak delivered his eagerly anticipated Autumn 2021 Budget. The key points included a rise to the national living wage, investment in transport infrastructure and support for the levelling up agenda. Our academic experts weigh in on these important announcements, and how they will impact the UK economy.

“The announcement of an additional £5.7bn for tram, train and road improvements and £1.2bn for busses in the 7 mayoral regions is very welcome – Greater Manchester will receive £1.07bn for tram and bus upgrades. However, less than half of this total is new money and the detail remains to be filled in."

“There is great anticipation around the much-delayed Integrated Rail Plan, and what it will say about the future for both HS2 and Northern Powerhouse Rail. Rumours abound on the cancellation of part or all of the Eastern leg of Phase 2b; whether Manchester Piccadilly would be a through station; and even whether the Transpennine upgrade will be further upgraded instead of a separate HS3 line. It was expected that this would be published along with the budget, but this has not happened.”

“Spending on transportation upgrades in the North is largely in line with the rest of the country; where the North misses out is on the larger projects with the potential to transform rates of growth such as Crossrail. Work is currently under way on the A66 dualling and the Transpennine rail upgrade which do have this potential, but much more is needed if the performance of the region is to accelerate.”

“It remains to be seen whether the recent announcement that the financing of nuclear power stations is to switch to the Regulated Asset Base model will enable the presently mothballed Moorside nuclear power station on Cumbria’s Energy Coast to be revived, whether with EPR or small modular reactors.”

“The Levelling Up fund continues to support local infrastructure developments, which will undoubtedly improve people’s lives and local pride – which is very important - but not do a lot to actually level up economic growth levels.” 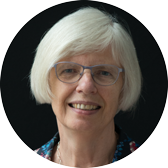 2.30pm, 27 October - Jill Rubery, Professor in the Work and Equalities Institute at Alliance Manchester Business School, comments on the proposals to raise the national living wage:

“A rise to the national living wage is really needed at this juncture to support the low paid with a significant boost to their pay, to protect living standards in the face of inflation, and to maintain demand in the economy."

"Many employees on the minimum wage do not have the same bargaining power as workers in key areas of labour shortage, such as HGV drivers, so these mandatory rises are needed to ensure they don’t fall behind."

“One real risk is that employers will try to offset the increased costs, so it’s vital the proposals are combined with more protection over guaranteed hours. Employers may look to reduce the number of paid hours, so that earnings do not rise by the full percentage. Workers may also be required to work at higher work intensity during their paid hours, so more measures are needed to prevent this."

“To solve some of the labour shortages in sectors like social care, there is also a clear need for minimum wages to increase further still and for skills to be recognised. This requires England to follow what is happening in Scotland and for there to be collective negotiation over pay between the government who funds social care, the social care employers and the trade unions.” 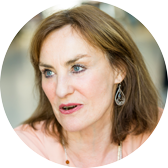 “If the pandemic has taught us anything, it’s that we need a shakeup of our primary care systems and services. Today’s announcement from the Chancellor, including funding towards 50,000 more nurses, will go some way towards helping to make that happen."

“Whilst funding will be welcomed by the sector, what we need are practical plans and clear guidelines put in place to govern new ways of working, thus tackling the enormous backlog GP surgeries are currently grappling with. Whether this is through more frequent drop-in clinics, more practice nurses to support efficient triage systems, extended surgery hours, or a hybrid of virtual appointments alongside face-to-face; it is clear that there is a need for robust management and support to make sure additional funding is used in the most effective ways, to generate the results needed and ultimately ease pressure on an already squeezed system.”

“We’re at a clear juncture when it comes to England’s healthcare sector. Let’s not lose out on this opportunity to make meaningful changes to an outdated model.” 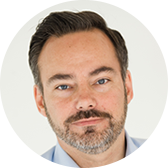 2pm , 27 October - Professor Kieron Flanagan, Professor of Science and Technology Policy at Alliance MBS commented on the Chancellor's announcement that the increased spending on research and development will be a reduced amount of £20 billion by 2024-25, rather than £22 billion as previously promised by the government:

"Assuming that the aim was always to spend much of the increase in new ways (e.g. building up research capacity outside the 'Golden Triangle', strengthening applied research, etc) then they had arguably left it too late to be able to ramp up spending to the £22bn level by 2024 without risking wasting money. And the Treasury documents confirm that the Government is still committed to raising the UK’s R&D intensity to 2.4% of GDP by 2027. So I don’t really see how the research community can be too disappointed by this, it’s a great outcome on the face of it."

"How money on research is spent (and where) will be as important to outcomes as how much. It is good to see that R&D spending by other government departments outside the UKRI science budget is set to rise, as this historically very significant part of the UK research base has been subject to cuts over the decades and has become something of a Cinderella sector, yet still plays a key role."

"Spending on health-related R&D through the Department of Health, already significant, is also set to rise considerably. There is also a firm commitment in the SR documents to ‘levelling up’ public spending on R&D outside the Greater South East. The deliberate bias of science and research funding towards the ‘Golden Triangle’ of Oxford, Cambridge and London over many decades has served other parts of the UK poorly and this commitment has to be welcomed, although we will have to wait for the Levelling Up White Paper to learn how this is to be achieved."

"Finally, scientists will be happy to see that the costs of UK association with the EU research programmes have been budgeted as a separate ring-fenced item in each year. This means that in the event that no deal is reached due to the dispute over the NI Protocol, all these funds will still be spent on research in the UK."

"There was also an interesting announcement on R&D tax credits, which has become a really significant element of UK policy towards R&D and innovation. The Government has responded to pressure from the CBI and other groups to expand the definition of R&D for the purposes of these reliefs to include data and cloud computing costs. On the other hand, it is looking to introduce a restriction on where eligible R&D can be carried out, to ensure that only R&D conducted in the UK is subject to the relief. The UK was one of the first countries in the world to introduce a large company R&D tax incentive, and didn’t include such restrictions when they were introduced. But this is a politically brave move as R&D tax incentives are an increasingly important aspect of international tax competition between jurisdictions." 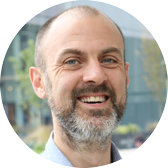 “A rise of 6.6% for those on the minimum wage is actually quite modest as inflation is expected to hit 5% early next year. The real living wage rate - due to be announced by the Living Wage Foundation next month - is likely to be above £10 across the UK, so the proposals still fall some way short of a properly calibrated living wage."

“It’s also interesting timing, as it coincides with the Government’s removal of the £20-a-week Universal Credit uplift earlier this month. While higher wages are always welcome, this is a familiar sleight of hand. When the 'National Living Wage' was originally introduced five years ago, it also coincided with cuts to in-work benefits that left some worse off overall."

“The proposed increase fails to recognise the sharp clawback of earnings for those working and claiming Universal Credit in the form of higher tax and National Insurance contributions, along with other costs such as extra childcare. A more progressive move would be to harmonise minimum wage rates across age groups. While the adult rate has been lowered to cover 23-year-olds and above, it should be extended to younger adults who face sharp cost of living pressures when it comes to rent, food and utilities.”

Dr Johnson's comments were featured in the Guardian blog, Sky News, MSN Money, Isle of Wight Radio, Gaydio, and he was also interviewed on BBC Radio Manchester, (from 3:01:00) calling for further support in the Budget to tackle the high costs of living. 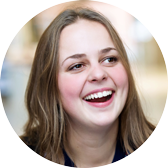 “A rise in the national living wage has the potential to be relatively beneficial to workers. However, this really depends on how any increase interacts with other conditions of work, in particular hours worked. If the rise in the minimum wage means that employers reduce workers’ hours, then it would have little to no impact on their lives."

“Furthermore, if the increase leads to employers cutting benefits like annual leave entitlements, pensions or sick pay, this again could have a negative effect on work conditions."

“For sectors such as social care, the rise in minimum wage needs to come with increased funding for providers to ensure that the amount local authorities pay is enough to cover the rise in wages."

“While the rise in minimum wage may have a direct impact on those who are lower paid, there is a need to ensure that this trickles up the pay scale to ensure that pay progression opportunities are available. We know that the national living wage rate is below the Real Living Wage, as calculated by the Living Wage Foundation. Therefore, it is still below what is required for workers to be able to live on.”