Mat Johnson reflects on 20 years of the Living Wage.

Twenty years since it was first introduced in London the UK Living Wage campaign has proven to be a remarkable, if somewhat localised, success.

Today more than 5,000 organisations are accredited with the Living Wage Foundation, ranging from multinational companies in finance and professional services to family-owned SMEs in manufacturing and hospitality, while the Living Wage has also spread across all parts of the UK, and across a wide range of sectors.

The policy has also raised the pay of typically female and often unionised workers at the bottom of the labour market, with few adverse effects in terms of job losses or reduced hours. And from a business perspective it has led to tangible improvements in staff morale, productivity and retention, as well giving companies reputational gains from signing up to the Wage.

From a social perspective the campaign has also successfully mainstreamed the Living Wage into the public debate around pay and inequality, while also providing a solution to the question of how to address poverty pay in the form of an independently calculated hourly wage rate.

However while the absence of coordinated wage setting in the UK, combined with a relatively large segment of low-wage workers, has created fertile ground for the Living Wage campaign both to emerge and expand, it can be argued that these same deficiencies limit the wider effects of the Living Wage through ripples along the wage structure and diffusion along supply chains.

For example, despite the rapid increase in employer accreditations with the UK Living Wage Foundation, worker coverage is low with fewer than 200,000 workers benefiting from a Living Wage out of a total of nearly six million low-paid workers in the UK.

The positive rate at which employers are signing up to the Living Wage is welcome, but sustained efforts are needed to bring in larger employers in sectors such as retail and hospitality that are so far under-represented among accredited employers.

Furthermore, it appears that many employers adopt the Living Wage largely for the aforementioned reputational gains and/or out of a sense of moral duty, rather than as a result of trade union or grass-roots campaign pressure. As such, there is only limited evidence that the Living Wage provides a platform for new or extended negotiations over pay.

So while employers increasingly perceive voluntary accreditation with the Living Wage Foundation as an important symbol of business ethics, the Living Wage remains a relatively isolated wage-setting instrument in the UK. As research has shown, this is the result not only of the voluntarist nature of the campaign, but also of the limited scope for direct interaction with other wage-setting mechanisms in the UK.

The reintroduction of wages councils and the development of sectoral collective bargaining agreements are two complementary ways in which coordinated wage setting involving employer and trade union representatives in low-wage sectors could now be developed.

Indeed trade unions have been able to negotiate living wages within sector collective agreements, and have recently achieved some positive effects in UK local government. Adopting living wage clauses in public contracts for low-paying services such as cleaning, catering and care services should now be a key platform for ensuring the wider spread of the Living Wage in the UK.

The lesson from the UK is that where social partners do not have the resources or the political capital to engage in effective ‘institution building’, progressive wage polices such as the Living Wage, however innovative and disruptive they may be at the level of the organisation, are unlikely to develop beyond non-binding and relatively disorganised forms of private or ‘soft’ regulation.

As research has repeatedly shown, a living wage in isolation cannot guarantee a route out of in-work poverty. But paying employees the Living Wage or higher is likely to reduce the risk of poverty, especially for single earners and lone parents, while the Wage is also a crucial tool in tackling low wages as a source of gender discrimination in the labour market.

In 20 years we have come a long way in terms of helping to tackle these grievances, but there is still much work to do in order to more deeply embed the Living Wage in the UK labour market. 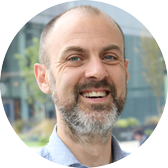