Looking to make new connections and speak with other inspiring and aspiring business people? Join us online for the networking event of the month, with guest speaker Amna Abdullatif

Looking to make new connections and speak with other inspiring and aspiring business people?

Brush up on your people skills and join us online for the networking event of the month! Speak to like-minded business women for an amazing online event. Discuss your ideas, share your knowledge and your expertise. Prepare your digital business cards and make new connections in an informal setting.

This month we will hear from Amna Abdullatif, councillor for Ardwick, Central Manchester.

Amna is a community psychologist who has worked in the voluntary sector for over 15 years, previously leading the work on children and young people for the national domestic abuse charity Women's Aid and currently as assistant director for youth empowerment at the Anne Frank Trust.

She completed her masters in community psychology and has her thesis 'The voices of women in the Arab Spring' published in the Journal of Social Science Education.  She has presented her studies and work internationally including in Palestine, Lebanon, Estonia & New Zealand.  She has also had a chapter published in The Anthology of Silence which explores cultures of silence around abuse.

She was elected as a local Councillor representing the ward of Ardwick in Central Manchester in 2019 as the first visibly Muslim and Arab heritage woman to be elected in Manchester.

In the summer of 2021, alongside two friends she launched a viral campaign to ban racists from football which was signed by over 1.2 million people and made national and international press as The Three Hijabis.  She is currently working to set this up as an organisation that tackles racism and provides the tools to challenge it in our work places and communities. 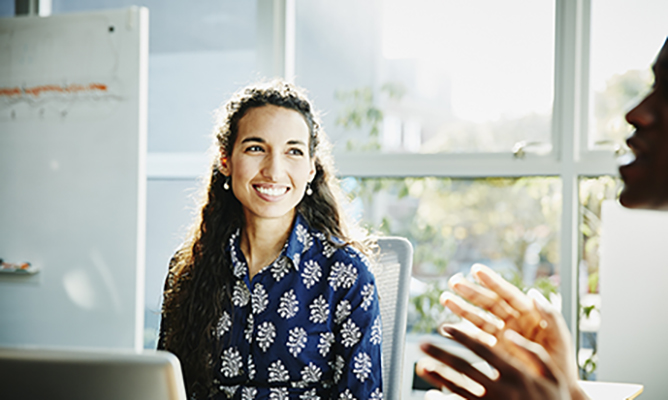 Why study for a Professional MBA | Online information session