Hosted by Claire-Marie Boggiano, Lurig Change & Development. Looking to make new connections and speak with other inspiring and aspiring business people? Brush up on your people skills and join us online for the networking event of the month!

Looking to make new connections and speak with other inspiring and aspiring business people?

Brush up on your people skills and join us online for the networking event of the month! Speak to like-minded business women for an amazing online event. Discuss your ideas, share your knowledge and your expertise. Prepare your digital business cards and make new connections in an informal setting. 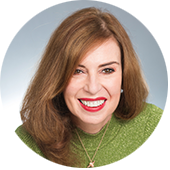 This month we will hear from Caroline Robert-Cherry. Caroline runs Saffron Cherry Productions in Manchester, an independent TV and film company that has just launched a new children’s series The World According to Grandpa on Milkshake!

Filmed in lockdown this live action and animated series stars Don Warrington as Grandpa and Sally Lindsay as the voice of Halifax the rabbit. Caroline first worked with Don when she produced King Lear the film in which he starred which was released in cinemas before being shown on BBC 4 on Christmas Day 2016. Sally fronted the 2018 documentary Emmeline Pankhust;The Making of a Militant for Saffron Cherry. It was first shown on BBC One North West and then BBC Four. A DVD of the show was distributed to all GM Secondary Schools by Mayor Andy Burnham’s office and it has been sold internationally.

Caroline has held senior positions at the BBC and ITV and is an industry diversity champion.