Vital Topics - Choices now that will define a decade

In this Vital Topics event Tony Danker, the CBI’s Director General, will set out why the economic choices we make now will define the decade to come.

As the economy shows promising signs of recovery, Tony Danker, the CBI’s Director General, will set out why the choices we make now will define the decade to come, in this latest Vital Topics event from Alliance Manchester Business School.

Building on the CBI’s ‘Seize the Moment’ economic strategy for the UK, he will argue that the economic rebound could well be temporary; that private sector investment is locked up, not let out; and that Britain risks losing out to international competitors if we don’t fix this now. If business and government work together and make the right choices, this can be a truly breakthrough decade for the UK and its people. 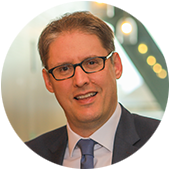 Tony joined the CBI as Director-General in November 2020. His career spans a range of roles in business, media and government. Before the CBI, Tony was the first CEO of Be the Business, a business-led movement created to transform UK’s productivity founded by a group of FTSE-100 Chairmen and the former Chancellor of the Exchequer, George Osborne. From 2010-2017 Tony was International Director, then Chief Strategy Officer, at Guardian News & Media.

For two years before that, he was a Policy Advisor HM Government (2008-10), joining the Cabinet Office and HM Treasury. Tony’s early career was at McKinsey & Company (1998-2008) in London and Washington DC where he worked for 10 years.

This event will be facilitated by Professor Dame Nancy Rothwell, FRS, President and Vice-Chancellor of The University of Manchester.

Sponsored by DWF and Capita, Vital Topics is Alliance MBS' series of prestigious business lectures, bringing powerful ideas and original thinking to audiences from the Manchester city-region and beyond.