One of a series of online events from Alliance Manchester Business School in celebration of International Women's Day, at this event we will be joined by Professor Jill Rubery, Executive Director of the Work and Equalities Institute at Alliance MBS, Caitlin Schmid, PhD candidate, University of Manchester and Claire-Marie Boggiano, Director & Coach at Lurig Change & Development and an Alliance MBS MBA alumna.

Alliance Manchester Business School are holding a series of online events on 8 March to celebrate International Women's Day. These events will showcase powerful female voices, from Manchester, the UK and across the globe, bringing insight and expert knowledge from a wide variety of industries.

Is Pay transparency the answer to closing the gender pay gap?

The gender pay gap in the UK and elsewhere in Europe has remained stubbornly high. The EU is proposing a pay transparency directive to provide new impetus to ensuring equal pay for work of equal value. The UK introduced gender pay gap reporting measures in response to earlier EU recommendations to increase pay transparency; if the UK was still an EU member this proposal for wider pay transparency would be a hot issue in HR. Pay transparency measures are also being adopted outside the EU, for example in some US states, Iceland and Australia.

On International Women’s Day this session provides a timely opportunity to reflect on the effectiveness of UK gender pay reporting measures, the impact if the EU’s proposed new measures were adopted in the UK, and what else should be done to close the gender pay gap.

At this event we will be joined by Professor Jill Rubery, Executive Director of the Work and Equalities Institute at Alliance MBS, Caitlin Schmid, PhD candidate, University of Manchester and Claire-Marie Boggiano, Director & Coach at Lurig Change & Development and an Alliance MBS MBA alumna. 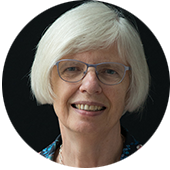 Jill has worked at Manchester since 1989, first at the Manchester School of Management at UMIST and since 2004 in Alliance MBS. She previously worked at the Department of Applied Economics at Cambridge University. She is the Executive Director of the Work and Equalities Institute at Alliance MBS. She was previously Deputy Director of Alliance MBS (2007-2013) and head of the People, Management and Organisation Division (2004- 2009). In 2006 she was elected a fellow of the British Academy and an emeritus fellow of Murray Edwards College, University of Cambridge. 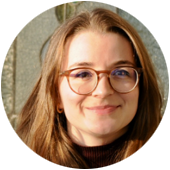 Currently in her final year as a PhD candidate, Caitlin is part of the Gender, Work and Care research network and affiliated with the Work and Equalities Institute. She is researching the construction and policy uses of gender equality indices with a particular interest in measurements of unpaid work. She is also a Research Associate at the Global Institute for Women's Leadership at King's College London, where she previously collaborated on two research projects – one piloting a UK sub-national gender equality index and the other, funded by the UN Foundation, comparatively assessing the gender pay gap reporting regimes of six countries. 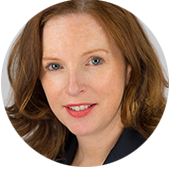 Claire-Marie is a business change and development professional. She is a Chartered Engineer and Lecturer in Leadership at the University of Salford Business School. In 2002, Claire-Marie enrolled in an MBA at Alliance MBS and set up her own independent consultancy business, Lurig Ltd – specialising in the Change Management and People Development. She is an Ambassador for Women on Boards and sits on the steering committee of Queen Bee Coaching, which is a Pankhurst Trust service providing free coaching to women in leadership in Greater Manchester. She also hosts the successful monthly Women Leading in Business events series at Alliance MBS.