Dr Sue Williamson, a Senior Lecturer in Human Resource Management at the University of NSW, Canberra, discusses the paper which presents the results of a two-stage analysis examining how gender equality is being implemented and the possibilities of realising gender equitable organisations.

Governments are increasingly refocusing on the need to progress gender equality for their workforces. Australia has followed other OECD countries, and in 2016, released the APS Gender Equality Strategy 2016-2019. A year later, all eighteen government departments had developed their gender equality action plans, policies which sat under the overarching APS strategy. This paper presents the results of a two-stage analysis examining how gender equality is being implemented and the possibilities of realising gender equitable organisations. The first section provides a snapshot of the state of gender equality shortly after the release of the strategy, based on data from three case study organisations. The second section examines the content of the individual departmental plans to identify the levers for change. Using a theoretical framework of feminist intervention strategies for change, the author concludes that the actions of individual agencies to progress gender equality are essential, but that key culture change mechanisms are not being fully utilised 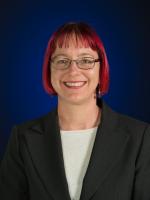 Dr Sue Williamson is a Senior Lecturer in Human Resource Management at the University of NSW, Canberra (Australia). Sue’s main area of research focuses on how organisations can create and sustain gender equitable cultures, particularly within the public sector. Most recently, Sue has been leading a cross-institutional team to examine the role of middle managers in progressing gender equality in four state public service jurisdictions. Sue is also currently researching the careers and roles of diversity management consultants, in conjunction with UK colleagues. Sue has published widely in both academic and non-academic media and regularly contributes to debates around gender equality issues.