Annual Grigor McClelland lecture: Is business to blame for capitalism?

In this annual Grigor McClelland lecture we will explore how current business practices are encouraging short-termism, ignoring nature and harming customers.

The sense that capitalism needs to change, post-pandemic, reflects widespread concerns about the way business operates. In particular, many sectors of the economy are increasingly dominated by big companies, and this has been accompanied by the productivity slowdown, an absence of pay increases - except for executives - and a sense that innovation has stopped benefiting consumers. There are calls for businesses to rediscover their sense of corporate purpose and sign up to ESG reporting. But while businesses should of course behave ethically, a reset of the social contract requires governments to play an important part. Shaping the kind of market society we want after the pandemic involves political choices, not just technical measurement frameworks. 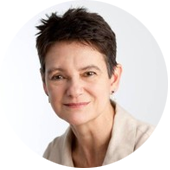 The lecture will be given by Professor Diane Coyle, Bennett Professor of Public Policy, University of Cambridge. Diane was a Professor of Economics at the University of Manchester from 2014 – 18. She played a pivotal role in bringing the Productivity Institute to AMBS and now sits on its leadership team.

This lecture series was introduced in our 50th Anniversary year in 2015 in honour of the School’s founding Director, Professor Grigor McClelland. During his twelve years as Director and Professor of Business Administration at Manchester Business School, Grigor shaped management and education for the next generation. He was a strong advocate of the principle that business cannot be divorced from society and that managers should be ethical and socially responsible.

Our previous guest speakers for this lecture series, include Co-op Group’s CEO Steve Murrells; Sir George Bain, former Chair of the Low Pay Commission which introduced the Minimum Wage in 1998; Craig Bennett, Chief Executive of Friends of the Earth; Torsten Bell, Director of the Resolution Foundation, Anna Dixon, Chief Executive of Ageing Better and Martin Wolf, Chief Economics Commentator at the Financial Times. All have based the core themes of their lectures on this principle.