Wrapping Up the First Semester

Rejoice! At last, the first semester is finally coming to a bumpy but satisfying end. Although it might sound cliché, but here’s a brief, and hopefully, concise view of the first semester of the MSc Business Analytics programme from the point of view of someone that came from an engineering background.

Simultaneously, you’ll at least be picking up one programming language (probably R for statistics) and if applicable, Python if you’ve chosen programming as one of your electives. Unlike Python, independent learning of R is expected of you as it is applied in all lab sessions but not taught in lectures – self-learning of R fundamentals will suffice as you will eventually pick up bits by bits along the way. I highly recommend the Python course as it will prove to be extremely useful for your concurrent and coming subjects. All being said, the Python course may be challenging to many especially for coding amateurs as you will be force-fed the basics of Python and modules like Numpy and Pandas before crash landing into machine learning via SciKit-Learn module. You’ll also be implementing some algorithms to optimize certain business problems for your Python coursework (workload: high). This concludes the first half of the semester.

The second half of the semester has a compulsory mathematical optimisation subject and an elective of your choice. Similar to that of the statistics course, the beginning of the math course will reignite your memory of high school linear programming. And building upon that, you’ll be exposed to more advance linear programming types (integer etc.) and algorithms (simplex etc.). The middle part of the course involves some intermediate vector calculus to help you conceptualize nonlinear programming problems and associated algorithms/analyses. The final part is purely conceptual – heuristics and meta-heuristics for extremely difficult optimization problems. Extra: knowing Matlab in general and its optimization toolbox can make your life way easier especially in terms of assessment. 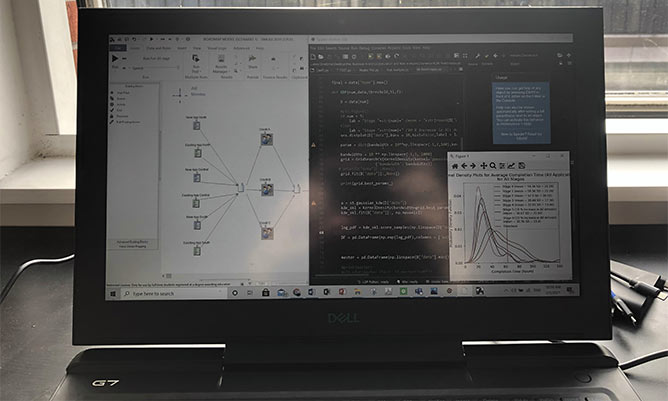 In terms of the elective, I’ve chosen simulation and risk analysis – dubbed the hardest subject of the first semester, but no less exciting and substantial! In this subject, you’ll be doing a mockup version of a management/operations consulting work where you’re required to improve some given workflow to achieve certain KPIs with some underlying queuing theory, heavy statistical analyses and discreet event simulation. The ‘risk’ term embedded in the name of the course isn’t financial risk, but, for the lack of a better word, operational risk – like could a particular workflow handle a predefined load without overloading. This course is predominantly coursework, hence expect it to be tough and time-consuming! Here’s a snippet of the coursework:

In a nutshell, be prepared to work more!

Missing the great outdoors already (still in lockdown now), here’s a photo of the Enys Dodnan Arch at Land’s End, Cornwall that I’ve taken during the Christmas break. 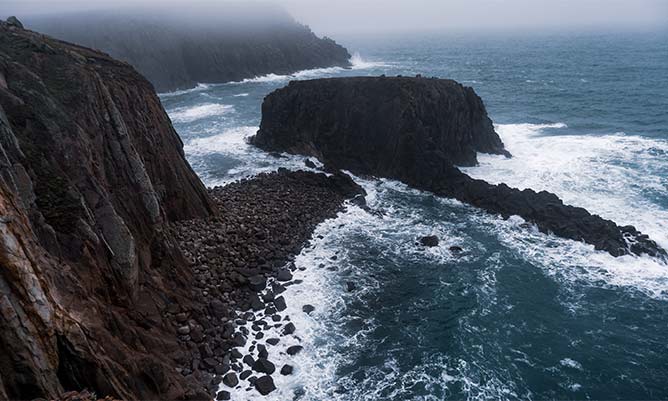 I am Chin Woei Lim, follow my blogs for an insight into life as a Master's student at Alliance MBS.