In this blog, I will talk about the good time I had at one of Manchester’ top attractions, the National Football Museum.

Located at the heart of Manchester, in between the Northern Quarter and Victoria Station to be more precise, the museum is easily reachable by bus and MetroLink, in case you have to rely on public transports. I found really mesmerising the camouflage-like effect between the building and its surroundings, especially the sky, obtained as a result of the museum’s fully glazed facades.

The interior of the building is made of 3 mezzanine floors. The green flooring of the first floor (apologies for the repetition) resembles that of a football ground, and the very first thing that caught my attention was the life-size replica of the Premier League trophy. Due to the COVID-19 restrictions still in place, I was not able to put my hands on it and do the famous trophy lifting for my social media. On the other hand, though, just the sight of something so coveted and popular in the football world gave me plenty of joy. 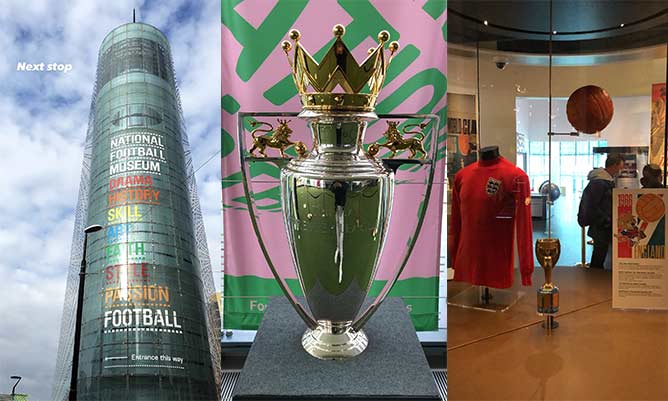 Moving up to the first floor, I went through an entire section dedicated to the history of the game of football, involving the original rules proposed by English Association Football in 1863 and the match ball from the first-ever World Cup final in 1930. An entire section was also dedicated to England’s victorious World Cup tournament in 1966. Memorabilia include the tickets for the knock-out stage, the final’s match ball, and the original World Cup trophy won. Also, there were numerous original football shirts and boots worn by famous players in some of the most popular moments in the history of football, such as the World Cup and Champions League finals. The first floor also had interactive screens and audio clips providing information about the history and development of some of the world’s most well-known tournaments and stadiums.

On the second floor, there was a large collection of life-size football shirts from what it looked like almost every club and national team in the world, sorted according to their colours. The third floor, on the other hand, was different if compared to the other two. In fact, it did not have any memorabilia or item as such but plenty of interactive football games and activities, such as a foosball table and penalty-shootout zones. Just to point it out, the museum has so already many interactive games and quizzes spread throughout that is almost impossible to ignore and do not engage with them. 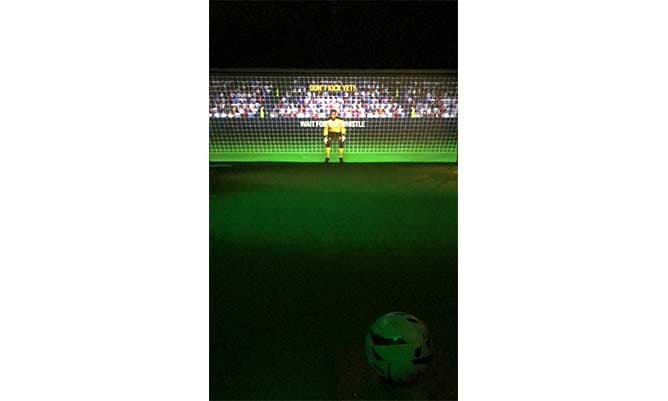 Hoping that this blog will arouse your interest in visiting such a well-organized place, I would like to conclude this blog by using a quote I read while visiting the National Football Museum. It is from Arsene Wenger, a French manager who coached in England for more than 20 years, who said: ‘The first time I came to England I said to myself: without doubt football was created here’. It is the first thing I thought after visiting the UK’s most important football museum.

I am Gigin Pulickathara Joseph, follow my blogs for an insight into life as a Master's student at Alliance MBS.