Scotland - This side of paradise

If you are half as much of a travel buff as I am, you are going to love the United Kingdom.

Since the Master's degree is just one year long, it may seem like a lot but while you have one year to get your degree, don’t forget you also just have one year to explore the UK (as a student). Make the most of it!

The reading week is exactly a month after the course starts and although you should catch up on your ‘readings’, you should also step out and go for a short vacation. My friends and I decided to go to Scotland. It was number one on my bucket list.

5 days. 4 girls. 3 cities. We started with the capital, Edinburgh.

It's the most magical city. And how could it not be? It’s where Harry Potter was born! We started the trip by hiking to Calton Hill at 7 am. It was freezing and to be honest we were still tired from the travel but when we got to the top of the hill, our fatigue vanished. The view was absolutely breathtaking.

Next, we went to Edinburgh Castle, where we learnt about the history of the city and how it came into being. The National Museum of Scotland was hands down the best museum I have ever been to and would definitely recommend visiting. We were all touristy and saw all the major attractions and were fortunate to witness a Scottish-Indian parade on the Royal Mile. It was their way of celebrating the Indian festival of Diwali.

Next, we went to Fort William, The Scottish Highlands.

Now I am pretty sure you all have heard about the Loch Ness Monster and the Scottish Highlands is where it lives (but does it really?). We were unable to spot it but enjoyed the cruise anyways. 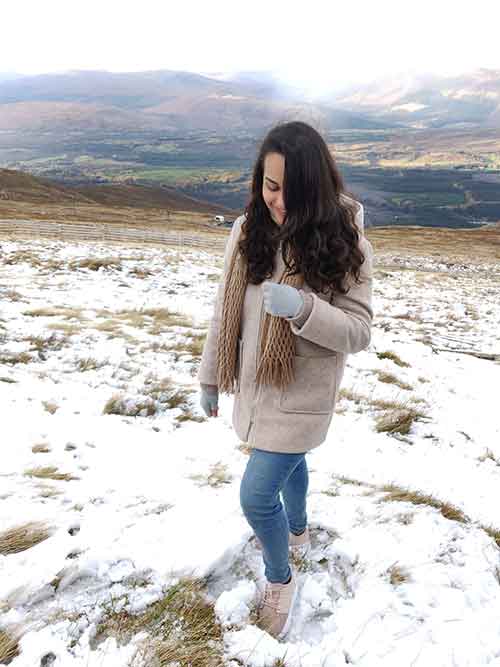 After Cruising in the water it was now time to experience the snow. Next stop was Ben Nevis, The highest mountain in the British Isles. We decided to climb the mountain at the risk of freezing and slipping in the snow. For someone with a breathing problem that might not have been the wisest decision but if I had to do it all over again I would still climb up, maybe next time I’ll take my inhaler along. It felt like I was in the movie Frozen and could have built a snowman.

The last city we visited was Glasgow. Glasgow was a lot like Manchester. We spent a couple of hours there and primarily focused on stuffing ourselves with food after four absolutely beautiful yet exhausting days.

We did balance out the fun by working on our essays and presentations for the rest of the reading week but it was definitely worth it. I strongly believe that the only vacation you’ll regret is the one you don’t take. So make sure you work hard but enjoy each moment as well. This time will never come back. 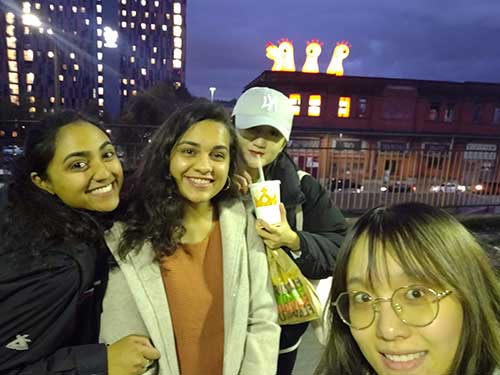 I'm Payal Mehta from the MSc International HRM and Comparative Industrial Relations class of 2020. Follow my blogs for an insight into life as a student at Alliance MBS.