It’s the time of the year when my accommodation is close to empty. Most of them have gone away to places like Scotland, London, Wales, back to their home country, to make memories which will last a lifetime.

I was supposed to go on a trip to Scotland with my friends but I took a Pfizer booster jab for which I stood in the line at NHS for close to two hours. The following day I ended up in bed with a fever and severe cold. I am grateful to God that I got the jab as two friends around my complex have gotten Covid-19 and the new variant ‘Omicron’ has theories unproven as to how dangerous it is. I was better in two days after the jab. I was at a Temple near Alexandra Park ‘ISKON’, where I was taken care of by God and stayed there for two days chanting ‘Hare Krishna Hare Krishna Krishna Krishna Hare Hare, Hare Rama Hare Rama Rama Rama Hare Hare’. I had the privilege to get tasty Sattvik Prasadam three times a day and I recovered quite soon.

I planned to visit London for Christmas. I had a childhood school friend who I have known for about 18 years who works as an accountant. He got Saturday & Sunday off so I planned a bus trip from Manchester to London on Friday.

We were nostalgic, there is a different feeling meeting your loved ones in countries abroad. We went to the Hyde Park Winter Wonderland which was super cool and there was The Giant Wheel, Drop Zone, Ice Rink, Jumbo’s Flying Elephant, Santa Land Train. We went on all the rides possible. There was a variety of food as well, Street Food Village, The Fire Pit and Explorer’s Rest, we were ever loaded with fun and joy. Finally, we decided to go for some shows Zippos Christmas Circus and the Cirque Berserk which were spectacular. Ended the day with the Santa Land in which there was a parade with music, Santa’s Grotto. By the time we got back home we just passed out on the bed. This is how I spent my Christmas break in 2021. Wishing You and All Our Loved Ones A Merry Christmas and A Happy New Year. Don't forget to keep the mask on. 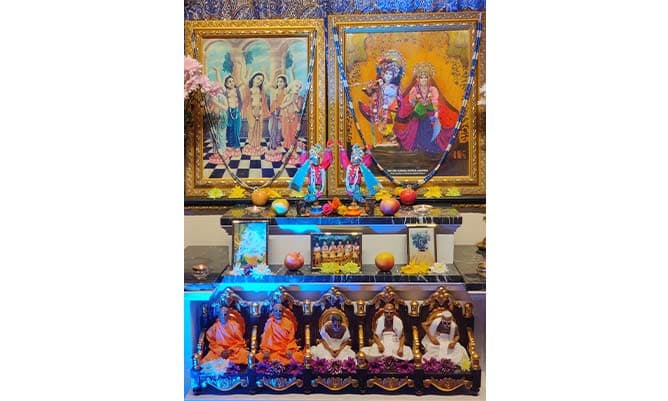 I am Ashish Agarwal, follow my blogs for an insight into life as a Masters student at Alliance MBS.