In September 2015 the School was renamed Alliance Manchester Business School, or Alliance MBS, in recognition of Lord Alliance's generous £15 million donation and his long-standing relationship with the University and the Business School.

Prior to the combined University's Foundation in 2004, Lord Alliance was a generous supporter of the School of Management at UMIST. Other previous giving priorities at the University have included the Law School, cultural assets, and international research partnerships across Life Sciences and Medical and Human Sciences. 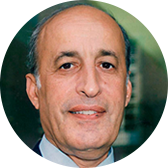 Today the drivers of the Manchester economy are the University and the airport. Manchester has always welcomed and created entrepreneurs. When I first came to the city I was simply driven by the need to make a living. But as my own business grew, I increasingly saw how important education was. My father always said that from your pocket money you should spend a third on yourself, give a third to charity, and save the other third. This was the culture I was brought up with and I have always tried to follow it. Businesses are just as responsible to their communities as individuals, regardless of their size" Lord Alliance, interviewed by Alliance MBS in 2015

Eddie Davies, OBE, CBE, was born in Salford in 1946 and educated at Farnworth Grammar School followed by Durham University, where he read Mathematics.

In 1984 Eddie formed Strix Group as Managing Director. The company became the world leader in the supply of control systems for domestic water boiling appliances, notably kettles, and in 2000 Eddie was awarded an OBE for Services to Industry. He sold 50% of Strix to HSBC in 2000, and the majority of the remainder in 2005. In 2006 Eddie left the company after serving as Chairman for seven years, during which Strix gained four Queen’s Awards. 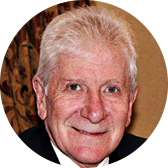 His most inspirational original thinker is Albert Einstein: "His insight into the highly complex world of mathematical physics really fired my passion for mathematics."